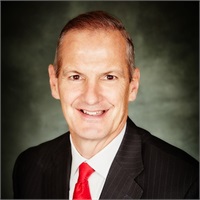 Don White is the CEO of the parent company to Members Home and Auto, Hershey Insurance Group.  Don joined Hershey Agency in 1990 and soon thereafter would create a partnership with a colleague to become co-owners of the agency. Prior to joining Hershey, Don was one of a select group of agents called Aetna Prime Agents where he earned Agent of the Year in 1989. In 1997, he established a group personal lines insurance program, now known as Members Home and Auto® serving Michigan’s leading Credit Unions. In 2005, Don White took over as CEO/President of Hershey Insurance Group.

Don White earned a Bachelor of Science degree in Finance from the Central Michigan University. Don is licensed in Property, Casualty, Life and Health Insurance with the State of Michigan.